DAY #4 – #DISOBEDIENCE: That was today’s prompt!! This was the only prompt I was facing the most difficulty drafting. I was at a loss of ideas to write about. I even did something I never do – surfed online to check what fellow bloggers had written about disobedience. I found ‘Civil Disobedience’ to be more popular than disobedience amongst children. And Bumpy Miracle is mainly about motherhood & parenting – so I certainly and only wanted to blog about the disobedience that was about children’s behaviour.

Then I rummaged through some of my own previous blogs and found one that was almost what I felt about parenting and disobedience – What will I do should my kids behave this way?  First I thought I should repost this. But as I was reading it again, I realised that there was a lot more that I wanted to say.

What exactly is disobedience?

The dictionary meaning is – failure or refusal to obey rules or someone in authority.

As much as ‘WE’, the parents or teachers, would wish that our children obey everything that WE say or the rules that WE set – that is not how things will always operate. The children have a mind of their own, which they are entitled to bring to use – and then they weigh and figure whether what you are saying is worth obeying or is there some other point of view that they hold and would like to put that across. The problem is not that they disagree. The problem is when we are not willing to even hear them out. If you have created an environment whether the kid can protest and propose their thoughts – they will always sit down to negotiate with you positively. But if you have always shun them away when they tried to explain their views on something, or have discouraged and at times humiliated them for their stupid suggestions or actions – then they are not going to never trust in you again. Then they will revolt! So then disobeying becomes a problem. Because they are going to go that extra mile to ensure that they don’t listen to what you have to say because you never listen to what they have to say! This is when things get messy. Give them valid reasons to listen to you and explain in a way that is simple to understand. And make sure that your actions are not doing the contrary. If all this is taken care of – the kids are not going to be disobedient in the way that is treated as a negative behaviour pattern. But if you want to just boss around because you are an adult and he or she is a child – then that approach messes it all up. Then you are up for a fight that is going to go on lifelong; getting more & more complicated with time and age.

One of my brother-in-law’s four years old daughter now has begun slapping her own self each time she doesn’t want to listen to what her mom asks her to do. And this time when I saw her do it, she said, “This is what you are going to do na.. slap me for not eating, then let me slap myself. But I ain’t eating that food!” She said that and stormed out of the door, leaving the mother embarrassed in front of a room full of relatives. The mother started explaining how she has been spoilt by her father and now she just doesn’t listen to what her mother has to say. But I couldn’t bring myself to buy her point. The child was not obeying what she was saying, not because she is a spoilt brat; but because the mother has never heard her point of view. And instead has always slapped her for saying something or doing something.

So my point is – don’t treat your children like they are slaves who have to listen to everything you have to say. And don’t take yourself too seriously thinking that you are God and everything you say is always right. Reasoning is the only practical and productive way to communicating with your child and ensuring that both parties come to a common ground. 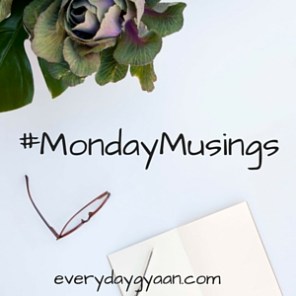 6 thoughts on “A Solution to ‘Disobedience’ – Talk to your child!”